Do you have questions about your bicycle accident case? The attorneys at The Schafer Law Office have the answers! 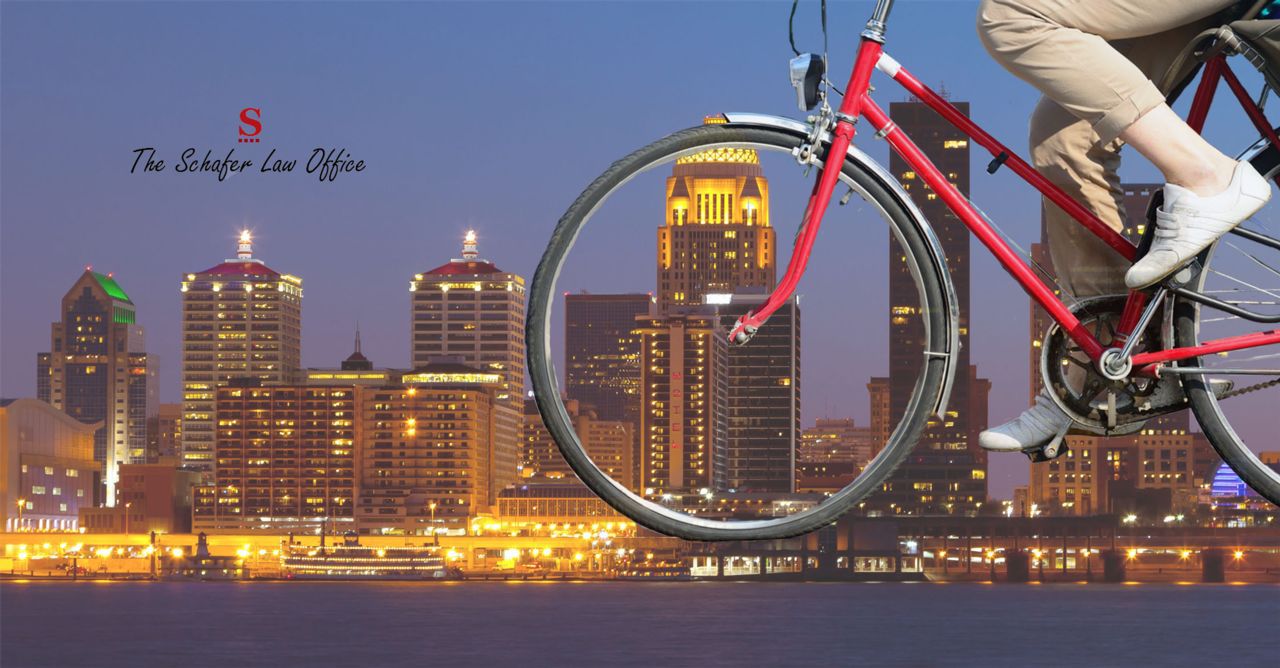 What To Do After A Bicycle Accident

What Are The Differences Between A Bicycle Accident And A Car Accident?

How are bicycle accidents different from a car accident?

How are bicycle accidents the same as a car accident?

Do Bike Lanes Really Protect Me While I Ride My Bike?

Bike lanes are meant to keep vehicles away from cyclists. While this doesn’t always happen, bike lanes give cyclists their own space to ride. Studies have shown that bike lanes improve safety for both motorists and cyclists. This is because drivers can pass a cyclist without having to swerve into the other lane to get around the cyclist. This is also good for the cyclist because they don’t have to hug the side of the road as much as on roads without bike lanes. Hugging the side of the road may make a cyclist feel safer, but it is harder for other vehicles to see them.

The dangers associated with bike lanes

Bike lanes help protect cyclists, but they also have their risks. Cyclists need to be aware of their surroundings, keep an eye on other vehicles and watch out for objects in their lane. Here are some obstacles to look out for when you’re riding in a bike lane:

How Can I Reduce The Risk Of An Accident?

Riding a bicycle is both fun and rewarding, but it can be dangerous. You are completely exposed to your surroundings and are harder for other vehicles to see. Don't let this discourage you from riding your bike, however. Here is a list of safety tips to keep in mind when you go for a ride:

After Your Bicycle Accident

If you’ve been injured in a bicycle accident in the city of Louisville or Kentucky, you need to get legal advice as soon as possible. You’ll want to make sure any evidence that will help your case can still be gathered. You’ll want to make sure that the evidence is not destroyed. A bicycle accident attorney can help you understand your case and Kentucky law. You want an attorney who cares about you. You'll find all that and much more in Mike Schafer, Bryan Meader, and The Schafer Law Office.

With Mike Schafer and Bryan Meader on your side, you’ll be in good hands. The Schafer Law Office has been helping personal injury victims get compensated for more than 25 years. Unlike big law firms who will have other people work on your case, Mike or Bryan is personally involved in every case.

The Schafer Law Office knows the challenges and pitfalls of personal injury cases (especially in Kentucky), all the tactics of the “other” side and how to best present the facts. They can handle the brutal tactics of the insurance companies. In fact, before Mike opened The Schafer Law Office in personal injury and accident law, Mike worked for an insurance defense firm. They really know all the tactics the insurance companies have up their sleeves.

"The Family Survival Guide To A New Driver" is a guide that every parent and teen must read as your family starts to add new drivers.

"Wrongful Death In Kentucky" is a survivor's guide to a Kentucky wrongful death case. It explains how you can deal with and make the healing process easier.

"What You Don’t Know About Buying Car Insurance Can Hurt You" is intended as a guide to help the consumer in purchasing automobile insurance.