Trains Are Significantly Safer Than Cars 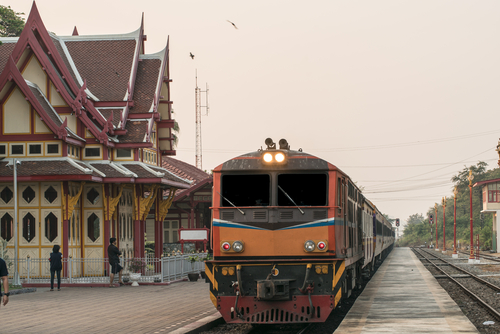 Train crashes are not as common as car or bus crashes and that is part of what has caused industry experts say trains are significantly safer than automobiles. The thing that makes train crashes sound more significant is that train crashes attract headlines immediately, such as the recent Amtrak collision near Philadelphia.

According to the Federal Railroad Administration, 96% of railway deaths involve suicides or people unauthorized to be on the tracks. To reduce accidents, railroads have adopted two strategies over the past few years. First, is automatic braking so collisions or high-speed derailments can be avoided, and second, is increasing awareness among passenger vehicles to stop collisions at track crossings.

The U.S rail system has over 138,000 miles of track. According to the FRA Office of Safety, Kentucky currently has 4,707 highway‐rail at‐grade crossings operating, 2,414 of which are private while 2,293 are public. Highway‐rail at‐grade crossing incidents are showing a steady decline since mid-1990s. In 2013, a total of 2,087 highway‐rail crossing accidents were recorded nationwide, 50% lower than that recorded in 1994.

The KYTC report also reveals that the leading contributor to highway‐rail at‐grade crossing accidents was driver inattention, followed by failure to yield right of way.

Motorist behavior is important to staying safe around highway-rail grade crossings. Note that freight trains do not follow a fixed schedule. Passenger trains, on the other hand, may change schedules at any time. Please stay alert, and make sure to cross tracks only at designated areas. In Kentucky, railroad trespassing is punishable by law.

As a Kentucky Accident Attorney, I know that traffic crashes involving all vehicle types can be avoided long as you pay attention on the road, and watch your driving behavior. Trains will always have the right of way, even over emergency vehicles, so please always be careful and wait around until it’s safe to cross, even when you’re in a hurry.