The Pressure is On for Safer, Fatality-Free Roads 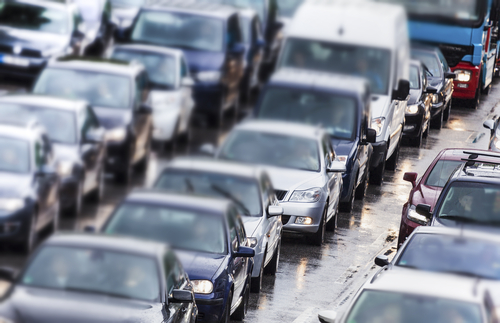 The Pressure is On for Safer, Fatality-Free Roads

The Obama administration is eyeing to zero in on traffic fatalities 30 years from now.

The initial estimate of motor vehicle fatalities released by the National Highway Traffic Safety Administration shows that around 17,775 people died in motor vehicle traffic crashes for the first half of 2016 alone, which is about a 10.4 percent increase from last year.

Despite this, the NHTSA still sees the goal, which relies heavily on the development of self-driving cars, as achievable and feasible. Road safety regulators have long been working toward this goal but this is the first time that a timeline has been set.

NHTSA will be working with the Federal Highway Administration, Federal Motor Carrier Safety Administration and National Safety Council to promote safe driving. Add to this, the Transportation Department will also allocate $1 million per year for the next three years on grants.

Here’s a summary of the 2015 motor vehicle crash statistics released by the NHTSA.

●The number of passenger car and light-truck occupant fatalities is at its highest since 2009.

●Motorcyclist fatalities increased by 382 (an 8.3-percent increase), and the number is the largest since 2012.

●Pedestrian fatalities increased by 466 (a 9.5-percent increase), and are at their highest number since 1996.

●Cyclist fatalities increased by 89 (a 12.2-percent increase), and are at their highest level since 1995.

There are various factors associated to the increase in the number of miles driven in 2015, such as lower gas prices and lower unemployment rates. While this means more Americans can afford driving, this, on the other hand, also may have accounted for the rise of fatalities in motor vehicle crashes.

Little things that lead to safe driving mean a lot if all of us cooperate and these actions may save hundreds or even thousand lives.  Here are few tips to staying safe on roadways, either behind the wheel or as a passenger.

●Never drink and drive. Always arrange for someone sober to take charge of the driving.

●Don’t drive if you feel sleepy. Make sure to take adequate rests before getting behind the wheel.

●Put your phone away or face down while driving. Don’t use it even if it allows hands-free navigation.

●Talk to your teen drivers at home about safe driving practices. Set a good example.

●Make sure your vehicle equipment is working perfectly.

●Plan your trip, especially on busy days. Take advantage of apps, such as Waze, that will help you decide better which roads to use.

As a Kentucky Accident Attorney, I would like to call on Kentucky residents to join in the campaign for safer roads. Behind these figures we see are real people whose lives were taken in auto accidents. Let’s protect our loved ones from becoming the next victim in avoidable traffic incidents. We don’t have to wait for driverless cars to be available for us to enjoy safer roads.