Seniors Represent Biggest Group Of Drivers On The Road 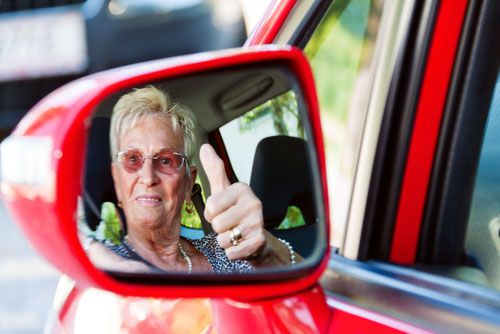 Statistics show the nation has more elderly drivers than in years past. According to the Federal Highway Administration (FHWA), people age 60 and up comprised almost 26% of all driver’s license holders in 2014. That’s over 26% from 2004, when adult drivers represented 20.6% of driver’s license holders at that time. In addition, FHWA said that people age 85+ make up the fastest-growing group of licensed drivers.

Related: Are Elderly Drivers As Dangerous As We Think They Are?

Are senior drivers at risk?
Elderly drivers drive more safely than any other age group. This is because they have more experience behind the wheel. Likewise, they adhere to speed limits and wear seat belts more often. Senior drivers are also less likely to drink and drive. According to the 2002 National Highway Traffic Safety Administration Report, older drivers, who were involved in fatal crashes, had the lowest proportion of intoxication of all adult drivers. Seniors do, however, remain at risk of getting injured or killed in motor vehicle crashes, given their age-related and physical vulnerabilities.

Older adult driver safety
Senior driver deaths and injuries can be prevented. If your parent or relative is a senior driver, you can help them stay safe on the road by finding the safest route for them to take. Encourage them to take route that they are familiar with, especially if they get confused or lost easily. It is also best for them to drive on well-lit streets. It’s also recommended that they drive during the day and in good weather. This will help keep them safe.

As a Kentucky Personal Injury Attorney, I am aware that as we age, our driving skills can be affected. Our physical, cognitive and sensory functions change as we get older. However, simple exercises and strength training routines can increase our ability to drive safely. I recommend that you exercise regularly with your parents and have their sight and hearing checked at least once a year. Moreover, having a conversation with them is a good way of addressing what they should do to stay safe on the roads. Thus, helping them stay safe and be able to drive longer.