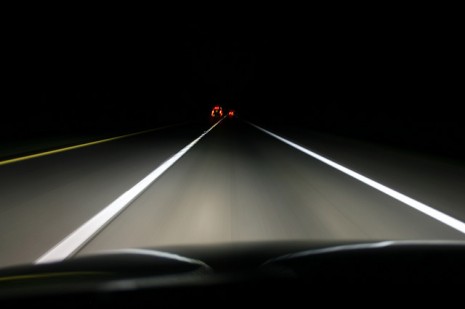 A new highway safety measure was recently signed into law and will come into effect this July. Senate Bill 92, which was sponsored by Senator Dorsey Ridley, D-Henderson, aimed to standardize the color of vehicle headlights and rear lights. The new law will prohibit drivers from having any other colored headlights besides plain white.

According to Ridley, the citizens and law enforcement officers across the state raised the issue of distraction caused by the super bright headlights and different colors on some vehicles. He added that such distraction is a real danger and there’s a need to deal with it.

With the passing of the law, it is now required that all headlamps must meet the US Department of Transportation regulations. Aside from prohibiting headlamps that emit a solid color other than white, headlamp covers or films that change the color of the light emitted are likewise prohibited.

This new law, however, is not without exceptions. It’s not applicable to original equipment lighting installed by the manufacturer.

Meanwhile, in Illinois, a bill was introduced that would require motorists to always have their headlights on while driving. Rep, Robert Pritchard, R-Hinckley, the bill’s main sponsor, said that such requirement is a good idea, especially in low-visibility areas. Once signed into law, all vehicles across the state must have daytime running lights or at least two headlights turned on all the time.

How to Use Headlights for a Safer Driving

As a Kentucky Accident Attorney, I am glad that we’ll be seeing another important highway safety measure this year. While we already have laws in the state which aim to reduce driver’s distraction and promote responsible driving, I believe that the new headlight law will raise the bar in making our roads safer for every motorist, passenger, and pedestrian.

According to statistics, more traffic accidents happen at daytime than nighttime. It is worthy to note that during this time, we can see more vehicles traveling and pedestrians crossing the streets. Most motor accidents occur because drivers that didn’t see the other driver. This is why it is important that vehicles should have daytime running lights to make them visible. And it would be even better if these headlights are in uniform colors, so as not to cause distraction and danger.

If you frequently drive or will travel anytime soon, make sure that all your vehicle lights are working. It is also recommended to clean your headlights regularly in order to see better and prevent glare. And also consider the lifespan of your headlights. The latter will dim over time; hence, change them before they eventually burn out.

by Michael Schafer [email protected]
Connect with me
The Personal Injury Attorney for Louisville and Kentucky
3 Comments
I was just pulled over for having a yellowish headlamp that isn’t as bright as most cars normal beams when on high. It wasn’t even dark but I think the deputy was just fishing looking for any reason to pull someone over. This law states yellow amber tint allowed as I understood as most headlights aren’t truly white and was due to people buying ridiculous 10k HID eBay kits that were blue and purple. It’s just frustrating because I bought these because they were 50 state D.O.T. approved and make driving in rain and fog so much easier. I live in Somerset and I’m sure come cruise weekend all the cops will be turning a blind eye to all the vehicles with insanely bright headlights.
by Andrew Beasley March 9, 2018 at 07:43 PM
I think these people making these laws are morons as someone who also rides a motorcycle they started making the headlights strobe onand off so you would look at them or notice them but when you put a different color light on your vehicle for the same reason so people will see you your called distracting it’s nothing more than a reason to pull people over hoping to find something else to ticket or arrest someone. I back the blue, firefighters and all ems personnel but this is just another micro managing law by a too big government
by Robert Wilson January 6, 2018 at 09:42 PM
So what the does them "white" mean. There are different Kelvins in the spectrum of driving lights. A Mercedes has different light colors than lets say a Ford. What happens to historic cars that want to upgrade the lights on their cars? I law is kind of vague as far as the definitions go. If they were going to standardize it then these examples should be in there. To put out a general statement really does not due the people justice. You have to know the law in order to play by the rules. The rules are up for discussion.
by Aaron Harris August 4, 2017 at 08:17 AM
Post a Comment