Increase in Road Deaths is Due to Distracted Driving 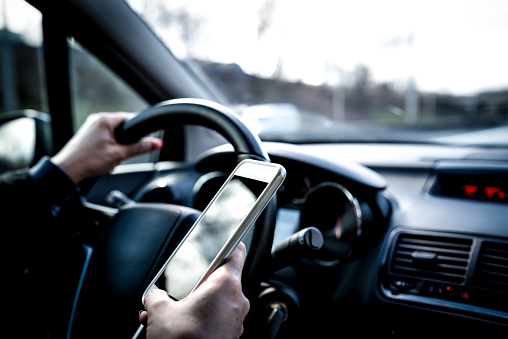 U.S. traffic deaths spiked 10.4 percent in the first half of 2016. The National Highway Traffic Safety Administration released that an estimated 17,775 were killed in motor vehicle crashes from January to June this year. In the recently held forum hosted by the National Transportation Safety Board, auto insurers said that the surge in road fatalities is attributed to distracted driving.

Robert Gordon, senior vice president for the Property Casualty Insurers Association of America, stated that their auto insurance companies feel that distracted driving is the biggest cause of the increasing accident frequency. He added that bigger increases in the frequency of auto collisions happen in urban areas where traffic congestion is getting worse. These areas include Nevada with 9.7 percent; Georgia, 9.4 percent; Florida, 9.1 percent; South Carolina, 7.9 percent; Mississippi, 6.7 percent; Washington, 6.2 percent; Oregon, 6.1 percent, and; Texas, 5.7 percent.

Gordon said that in these urban areas where the traffic slows down, half of the drivers pull out their gadgets, talk to their friends, check emails, or send a text. And according to him, that’s a huge problem.

In addition, there has been a recent study that concluded that many drivers pick up their smartphones to text or use apps when traffic slows due to congestion. The study also revealed the top 10 apps used by drivers and these are Google Maps, Pokemon Go, Android Messaging, Facebook, YouTube, Waze, Amazon Music, Google Chrome, Pandora, and NetFlix. The study was conducted by True Motion, a company that offers anti-distracted driving technology to insurers with the aim of making driving safer.

Meanwhile, severe weather events, demographics, and growing use of marijuana are also considered as contributing factors to the increasing collision rates.

In 2011, Kentucky passed a law prohibiting texting while driving. However, authorities and industry experts have admitted that such ban has been difficult to enforce. This reflects on the number of road fatalities, injuries, and citations.

On the other hand, Louisville ranked the 36th city in the U.S. and 128th on the international list for most congested areas. These results were based on the 2014 study conducted by TomTom, a mapping and navigation company.

As a Kentucky Accident Attorney, I am alarmed with the growing number of deaths and injuries on our roads. Instead of making our roads safer, it seems like we are making them dangerous for ourselves, fellow motorists, and loved ones. I would like to remind my fellow Kentucky drivers to be more responsible when driving. Always stay focused on the road and free yourself from any distractions. By doing this simple act, we could protect ourselves and loved ones.