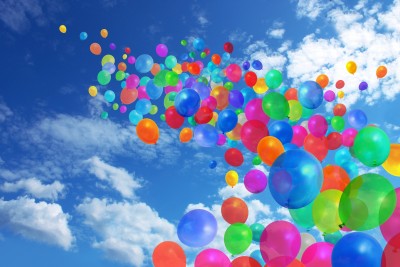 The death of former University of Louisville cheerleader that happened earlier this month has been remembered by a colorful array of balloons in the sky. Last Sunday, U of L cheerleader Shanae Moorman’s former Male High School classmates organized the balloon release to honor her memory.

Moorman, 25, was killed in a crash on Interstate 64. It was initially reported that she was alone in a black Honda Accord and headed east on I-64 when the vehicle exited to the Snyder southbound ramp. According to the investigators, Moorman lost control, flipped, caused a rollover, and was ejected from the vehicle. She suffered blunt-force injuries and was pronounced dead at the scene.

Eventually, it was found out that Moorman had a companion when the accident happened. A Jefferson County grand jury indicted Bradley Caraway, 34, on the following charges: murder, failure to stop and render aid, operating a vehicle under the influence, and having no vehicle insurance. Initial reports disclosed that Caraway was not in the vehicle during the said crash, but he was later arrested after a police investigation identified he was actually the driver of the vehicle and fled the scene.

During her lifetime, Moorman was considered an iconic cheerleader at U of L. A scholarship fund has been set up in her name at the university.

2015 was considered the deadliest driving year since 2008. Last year, more than 35,000 people were killed on roads in the United States. Recent year statistics in Kentucky shows that drunk driving fatalities in the state has reached a total of 171, which represent 25.4 percent of all total traffic deaths.

As a Kentucky Accident Attorney, I am saddened by the fact that while our government has declared war on drunk driving, the problem still remains. This is why I would like to remind Kentucky motorists again to be more careful of their driving habits. It’s fine to have fun and drink, but it’s never fine to drive drunk. Always drive sober and focused. Let’s keep our roads safe from drunk driving.